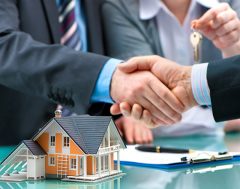 A little-known loophole across all states and territories is allowing investors, who already own multiple properties, to take advantage of government grants aimed at helping first-home buyers.

An analysis of rules around grants across the country shows that it doesn’t matter if you already own one property, or 10 – a homeowner who hasn’t lived in their properties for more than six months may be able to claim certain first-home buyer stamp duty concessions and grants.

This means someone like Uber driver and quantity surveyor Dean Munro, 29, a multiple property owner – is eligible for government first-home buyer benefits, because this time he is buying a house with the intention of living in it.

His property portfolio, which includes three properties owned in his name and some he teamed up with family members to buy, is worth more than $2 million.

After a decade of rentvesting – a term given to those who own investment properties but continue to rent – Mr Munro has bought a house in Melbourne’s Broadmeadows. The first-home stamp duty exemption he is entitled to will save him $17,620 on his $425,000 home.

If the property he had bought was a new build, he would have been able to claim up to $10,000 from a government grant.

An examination into the rules found property investors across all states and territories may be eligible for some form of government benefit on a property purchase, provided they haven’t lived in any of their previous investments and they haven’t owned real estate before July 1, 2000.

This is good news for Mr Munro and investors like him.

Despite also having a shares portfolio, gold and silver bullion, and a cash buffer in the bank “just in case there is a downturn in the property market”, he said the stamp duty concession – which his lawyer confirmed he was eligible for – is one of his “tactics” to get the last loan over the line and push the portfolio to its eighth property.

“This last loan was not easy to get and required a lot of thinking outside the box,” he said. “I’m just going within the rules and I haven’t used it before.

“I never used [the grant], so I’m using it now. It’s the right time to settle down and stop renting a room [in a share house]. I want to live by myself and do some renovations.”

So, how many multiple property owners like Mr Munro have been given a first-home owners grant? Even government departments handing out the grants aren’t sure.

Domain requests to all state and territory relevant government agencies for providing first-home owner grants revealed none of them collect data on whether first-home owners are also investors when providing the grant or stamp duty concession.

While rentvestors claiming first-home buyer grants are simply playing by the rules, First Home Buyers Australia founder Daniel Cohen said the grant should be a one-off payment to people purchasing their first property to live in. Both he and FHBA co-founder Taj Singh were surprised at the rules.

“So if you choose to enter the property market as a rentvestor … while this is a viable option for consideration, by choosing this method you should be giving up your right to the [grant],” Mr Cohen said.

He noted that investors were able to receive other tax incentives, such as negative gearing benefits, which were not available to first-home buyers.

The rules around the grants aren’t new.

A Queensland government spokesman said the purpose of the grant was primarily to offset the increased costs of housing arising from the introduction of the GST in 2000.

Since then, some variations have been introduced. In both Western Australia and the ACT, a property investor cannot claim entitlements if they have lived in the home for more than six months, if it was bought after June 30, 2004.For properties owned between July 1, 2000, and June 30, 2004, they could not have lived in it for any time period.

A Revenue NSW spokesman said: “It is important to note that investors do not benefit from the stamp duty exemptions that were recently expanded in NSW”.

Richie Muir, legal director at Lawlab, said there were some differing rules between the states and territories, but many rentvestors would be eligible.

“The number of rentvestors are increasing in Australia, particularly with younger generations, because they want to get on the property ladder as quickly as possible but can’t yet afford their ideal home,” Mr Muir said.

Rentvestors may be required to provide evidence they hadn’t occupied their properties, such as lease agreements, tax returns and utilities bills, and the rules also applied to their spouse, he said.

Mr Muir also noted this list was not exhaustive, and there are other eligibility requirements for the first-home owner’s grant that vary by state and territory, and the rules relating to stamp duty concessions can also be different.